Getting into your favorite type of Halo multiplayer match just got a little bit easier with the latest Halo: Years after its release, Industries is continuing to offer substantial updates for Halo: The Master Chief Collection. The November update looks to be one of the more anticipated ones to date, with targeting social matchmaking, along with some additional new options. This has been colloquially referred to as mixtape matchmaking, in the sense that players can lay out five different game types from across any of the MCC's games and search for sessions between all of them.

This is in an effort to reduce wait times, though wait times are ultimately subject to the parameters set. There are numerous options and presets to select from, all of which are detailed on Halo Waypoint. A patch basically weekly for 6 straight weeks. These patches did fix some of the most crazy bugs this game suffered. Releases kept coming, including some patches that had features!

ODST launched in the May 30, update. This was an apology to the world for the absolute mess that was Halo MCC. Personally though, I didn't want new content. I wanted a game that worked.

Regardless of the patches made, things didn't really work. I imagine this was a by-product of weekly releases on such a large game. While games did start now, they sometimes started uneven, so a group of 7v7 might start 9v5 or something strange. The game was still filled with bugs and queue times for most playlists took minutes.


There was only a few playlists even possible to get a game in under 5 minutes and even then the bugs started. The game might just crash during load, freeze for no reason, end at some random kill value IE 30, instead of 50 and filled with network issues. Can we get a ranked version? How about halo 2 BTB? Some weird lag when you melee. Sometimes you die with only one hit. Here's some examples for anyone that thinks "you're just rusty" lol. I've played a lot of MCC.

It's not as bad as it was before the original patches back in , but it's definitely worse than it was a week ago, and it feels like they've reverted the game to one of those inbetween patches. They managed to take that garbage net code and make it near perfect imo. I am banned from the forums but wanted to post this before the patch, but decided to wait to see what fixes had for MCC. But for awhile my MC saga playlist shows I am on halo 3 Sierra which I am but when I click resume it restarts the whole playlist on the pillar of autumn on halo: Is there a fix for this?

Had this issue before the update. I have a similar problem. There should be a way to select what level you want to play in a playlist. Others have said this happens to them too. I was playing h3 on the insider build a few weeks ago and it was amazing. Aiming was perfect, shots were registering actually hitting 4sks frequently. Felt like I pulled host every game. Totally different experience in the live version. H3 aiming went bananas and I don't think I landed a single 4sk in the games I played.

Maybe I'm just having bad luck with the servers for the hit detection but the aiming is brutal.

CE also feels wonky, but I can't put my finger on it. Previously it was far too easy to hit a 3sk and now it just feels totally random. Still fun to play at least. Been playing it all week and the two game types that I have been playing the most HCE and H3 feel no different than pre big update. H3 BR is still very broken. I get constantly 4 shot. 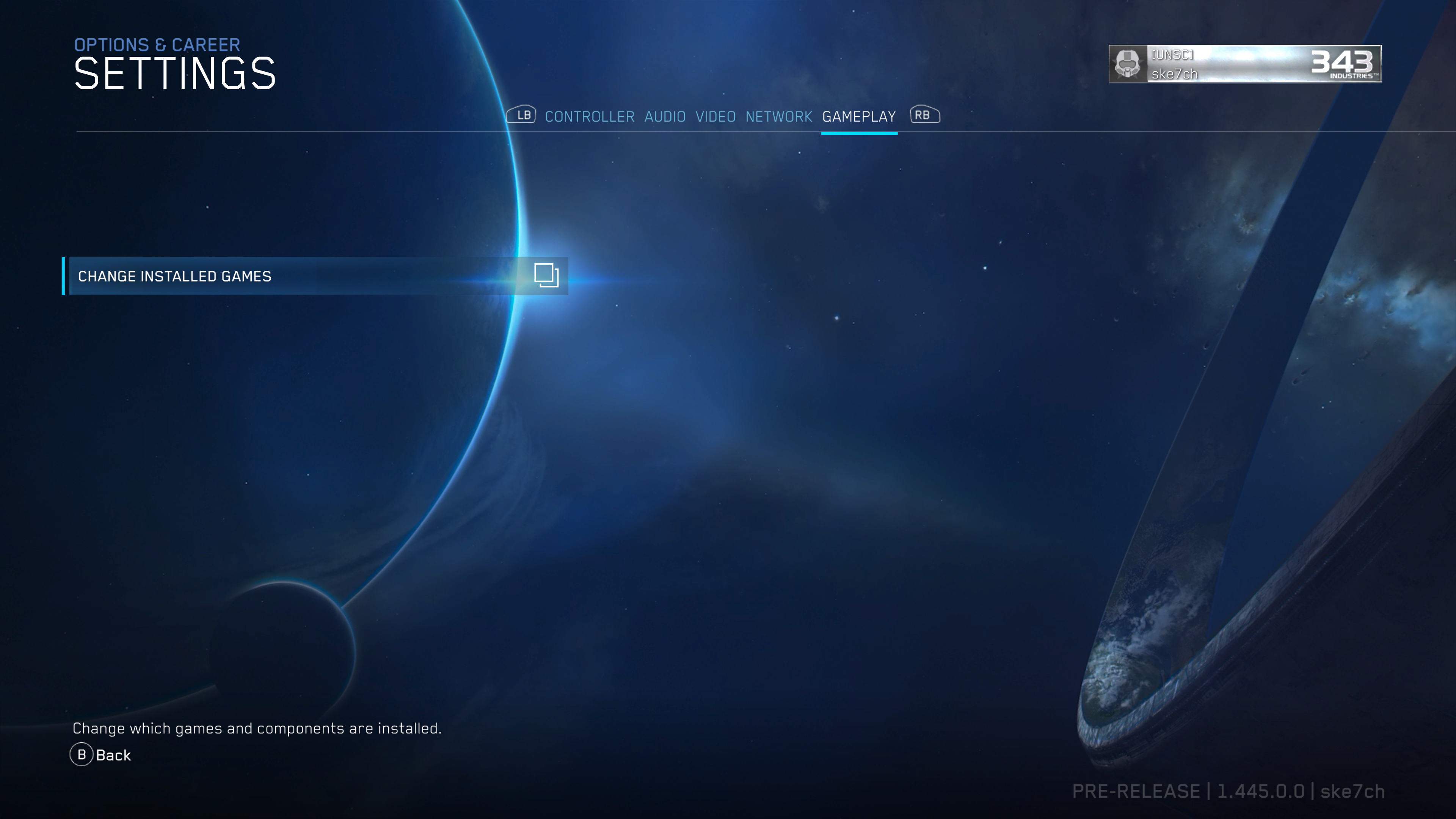 I was very excited for this update but seems nothing has changed. I think what's going on is that players like that have host. I don't think there's dedicated servers. I had a similar experience against a pair of guys. I was a little fired up upset yesterday until I figured this out. I was like "Wow how are these guys destroying me?? Then I had a little rubber banding and that's when it hit me that it was probably a connection issue. Aiming in H2 and H3 feel like shit.

Try making a small-moderate adjustment with the right stick and it feels too slow - go a touch further and you're flying at almost full sensitivity, and aiming past your target. Add to that there's:. Input delay, likely from dedicated servers. Inherent lag in almost every game, you especially know it's there when your spawn timer beeps fucking seconds AFTER you've respawned.. This was a beautiful menu update fellas, with, I'm sure, some wonderful fixes to campaign and HDR 4K assets. I saw some major lag in a Halo CE Slayer match.

Basically impossible to hit the guy skipping all over the place. Enemies on Halo 2 still don't dual wield like they used to in OG Halo 2. The dual-wielding bug is known, and was mentioned in the changelog as a known broken thing. That being said, there was an entry a while back that talked about it being broken and worked on, so it should be fixed eventually. What did they fix in halo 3? All equipment is delayed, aiming is broken, spawns are broken, hit reg is still bad if not worse. Diagonal aim acceleration in Halo 3 is completely broken.

It was broken before and that took a couple thousand games to get used to. It's even more broken now. Because there's no veto or voting screen, you have no idea what gametype you're playing when you start a game. All you know is the map. Starting weapons and gametype have a huge impact on where I go off the first spawn. Isn't this supposed to be a game of fan-favorite maps and gametypes? There's so much crap that nobody wants to play.

Love how shitty everything Halo related has become. They can't even do patches right anymore.

The fact that I can't look up and down at the same speed as I look right and left is insane. In H2C, especially on Sanctuary, the audio mixing is bad. The waterfall noises drown out everything else, especially the announcer. The sound of reloading the gun is completely silent.

H1 hit detection is all over the place. Sometimes 3 shot kill but others 12 isn't enough. Also noticed a constant issue of teammate and enemies skipping around the map via very jerky movements. Not having any major issues. Please for the love of God.